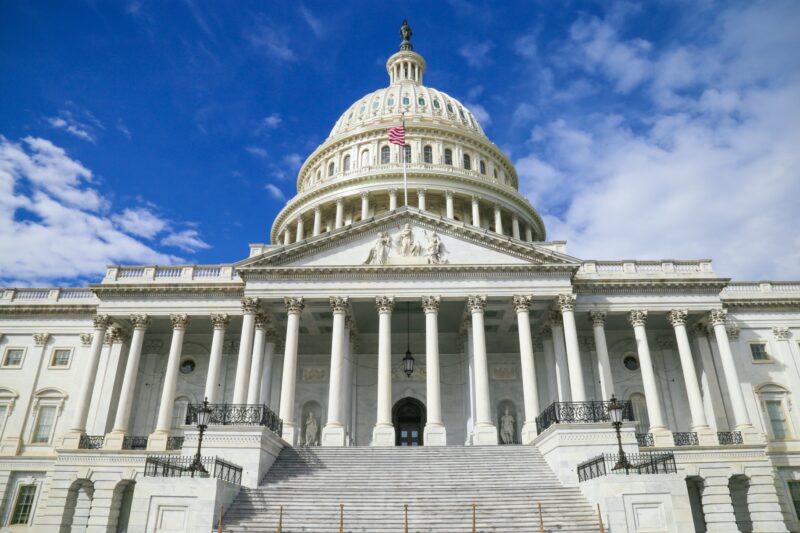 How A New Congress Could Impact Adult Site Owners

How Does Congress Impact Adult Entertainment?

He points out that “there is a veritable concern among adult industry professionals and firms with the prospects of regulation in the next session of Congress.” Since our firm is essentially a merger and acquisitions brokerage in its most basic form, it is important for Adult Site Broker’s staff to pay attention to the macro- and micro-level impacts of what politics, culture, and economics have on the adult entertainment industry and its segments as a whole. We’ve dedicated an entire blog post to the Republican-controlled House because this creates an environment where there is a divided government in the United States – consequently, the U.S. is the largest market for adult content in the entire world. So, with that logic, anything that happens to the laws in the United States that happen to impact adult entertainment businesses could have a direct and indirect impact on sites that are outside of the country, including companies that are headquartered in Canada, Cyprus, the United Kingdom, and (for our case) Thailand or other countries in Southeast Asia and beyond.

Considering all of these factors, laws, and regulations that are adopted by the federal, state, and local governments across the U.S. will somehow impact the global business environment for sites that have an international reach, including a distributed workforce in different countries and a user base that hails from major Tier I jurisdictions such as the European Union.

GOP proposals since the 2020 election and the transition of power from former President Donald Trump to the current officeholder, President Joe Biden, have grown increasingly disconcerting for stakeholders in the United States and abroad. Even with a Democratic-controlled House, the GOP caucus has collectively introduced several bigoted and anti-LGBTQ proposals that restrict several forms of free expression, including instances of consensual sexual expression on the internet. In previous blog posts, we’ve written about proposals like the EARN IT Act and the legislative efforts to reform Section 230 of the Communications Decency Act of 1996. As a reminder, Section 230 is colloquially referred to as the “First Amendment of the internet,” given its legal structures that do give interactive computer services like porn sites a “safe harbor” from liability for the actions of third-party users. This safe-harbor design grants online platforms the right to self-regulate and censor users who violate the terms of service for a platform or post hate speech or illegal content.

Impacts of the EARN IT Act

The EARN IT Act will be reintroduced with bipartisan support under a House of Representatives that is controlled by Republicans. The EARN IT Act targets privacy rights for users by asking private technology companies to grant unfettered access to personal data to law enforcement agencies, such as the U.S. Federal Bureau of Investigation, as a means to counter the spread and production of exploitative and illegal content (including CSAM/CSEM). While the bill has previously been killed by its sponsors due to right-wing and left-wing opposition, the uptick in bogus, right-wing, moral panics surrounding the so-called ‘grooming and child exploitation epidemics’ supposedly instigated by ‘woke’ left-wing elites (like Mr. McGrady) could mean an opportunity for the classes of extremist and far-right lawmakers like white nationalist Rep. Marjorie Taylor-Greene of Georgia or religious coot Sen. Josh Hawley of Missouri to force the EARN IT Act into the primary political discussion.

Another proposal that will be reintroduced is the Internet Obscenity Definition Act (IODA). Mr. McGrady also wrote for YNOT in December 2022 on the IODA, which is a proposal from Senator Mike Lee of Utah. The act is nothing more than another attempt to completely ban legal and consensually produced pornographic content on the internet in the United States. Lee seeks to redefine what is known as the Miller test of obscenity, which was determined by the Supreme Court of the United States decades ago to provide a legal baseline on what is obscene and what is protected speech. In this line of reasoning, the Miller test is three prongs to serve as a sort of litmus test to help juries, lawmakers, and politicians  alike define whether a particular piece of content or media is “obscene.”

Sen. Lee’s bill would significantly expand the definition of obscenity, exceeding the Miller test. He wants to transform consensual sexual activity between individuals, filming and photography of such acts, as well as content legally produced by regulated companies and creators into an oppressive governing mechanism that contravenes the First Amendment as it is currently understood in court. Lee introduced IODA at the end of the current legislative session, which is in lame-duck status. But, it is likely that Congress will be debating a similar proposal once the new session begins in January.

Another proposal that has adult entertainment professionals concerned is the Kids Online Safety Act (KOSA). KOSA, which was introduced by U.S. Sens. Richard Blumenthal, D-Conn., and Marsha Blackburn, R-Tenn., is extremely troubling. The bill ostensibly aims to protect children from harm on the internet. But, there is concern among civil society groups that the bill is nothing more than a surveillance measure that places children and teenagers at more risk, especially LGBTQ minors.

The 2024 election will be a referendum on the last two years of President Joe Biden’s first term. Joe Biden, the oldest president ever to take office, has not ruled out running for a second term.

What is Section 230 and Why Should I Care?

What are the Legal Challenges Facing Adult Companies Today?

Nonprofits to Donate to as an Adult Site Owner